Several passing showers plus 1.2 inches the day before. Course is on wet side now. Forecast is for rain tomorrow afternoon then lows in 40’s.

Our rain streak continues at 6 straight days. We will continue to fight disease conditions on the turf.

The First croquet match was played yesterday. We have 2 lawns for your enjoyment. It’s really a great setting so grab your wine glass and mallet!

The weather is still a concern this week as it has rained 5 of the last 7 days. The cloud cover and persistent rain showers have increased disease pressure.  Please continue to exit cart paths at white line at end of fairway.  Driving carts around greens will thin turf and lies will deteriorate.  This week we will continue to refresh green side bunkers with new sand.  We are on back 9 today and hopefully weather dependent will finish them this week.  We would then refresh fairway bunkers starting next week.

It’s rained 5 straight days now.  Course is at field capacity.  Plant protectants are being applied to greens, tees and fairways.

Our previous Regional Update, Strong El Niño Impacting Southern Golf Courses, reported the impact of El Niño on golf courses throughout the Southeast Region and listed several maintenance practices to improve turf health and playability. Since that update, we have received even more rain—more than five times the average rainfall for this time of year in some areas. Saturated soils, extended low sunlight and cooler temperatures have caused weaker turf conditions at many facilities throughout the region.

As expected, El Niño conditions are causing turf decline on many golf courses. Turf areas that receive other forms of chronic stress—e.g., shade, traffic, poor-quality soil, poor drainage, etc.—have experienced much more severe decline. Now is the time to document problematic areas and formulate a plan for addressing chronic problem areas. Below are a few areas to focus on:

Documenting key issues now is only the first step. Be sure to involve course officials in the process by communicating the issues and offering solutions. People have short memories; six months from now, winter will be long-forgotten but the weaknesses in course infrastructure will remain. Even though conditions are tough now, take the opportunity to document and communicate.

According to the National Weather Service, the winter of 2015-16 will be regulated by a strong El Nino ocean current.  The forecast from the NWS is that the winter of 2015-16 will be colder and wetter than the average for the state of Florida.  From past experience we know that prolonged cold, above average rainfall, and excessive cloudy weather has the potential to be disastrous for Florida Golf Courses.

El Niño is defined by prolonged warming in the Pacific Ocean sea surface temperatures when compared with the average value. Typically, this anomaly happens at irregular intervals of two to seven years, and lasts nine months to two years.  This year’s El Nino is predicted to be the strongest in the past 75 years.

During an El Nino year, the southern jet stream is much stronger than it normally would be, and the storm track moves across the southern tier of the U.S.  As we look at the winter as a whole (December through March), I expect that the final numbers will show below average temperatures across much of the South.

Nearly all past El Niño winters have featured an active storm track across the southern United States. It looks like that pattern will dominate our winter this year as well. Therefore, we expect above-average precipitation from Southern California to Florida and up to the East Coast to Maine. This will likely include a higher threat for severe weather near the Gulf Coast, including Florida.

We received 10 inches of rain in December with the average being 2.19 inches.  The first week of January, we received 3.5 inches of rain I write this article.  The normal average for January is 2.7 inches for the whole month.  I’m not trying to be a doomsayer, but taking into consideration of the wet summer and cloudy wet fall.  These conditions will produce shallower roots, thinner turf canopy and our turf is more disease prone compared to a normal year.  I’ve taken precautions and have raised the greens to the highest I’ve ever had them.  I will be venting the greens which means solid tining/spiking greens weekly as well as topdressing to help dry out and add oxygen to the soil profile.  My main goal is keep the turf healthy, so green speeds will not be the goal this year.  So fasten your seat belts and hold on, I believe this winter is going to be a challenge, but a challenge I relish!

pretty wet, but it looks like rain after lunch.  Fingers crossed…..algae on greens sprayed this morning. 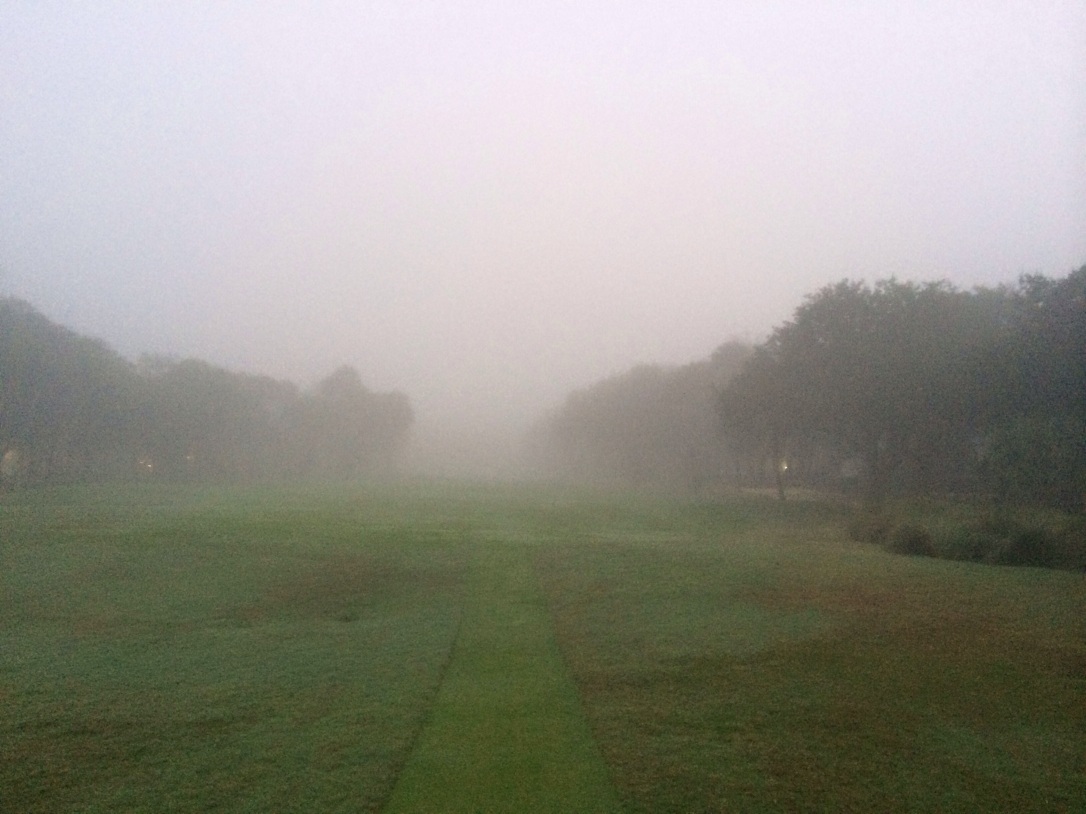 My Tweets
Join 2,040 other subscribers 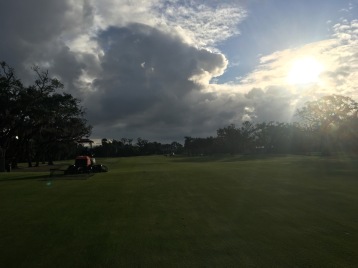 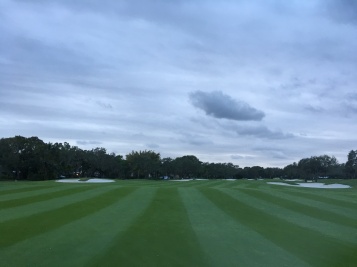 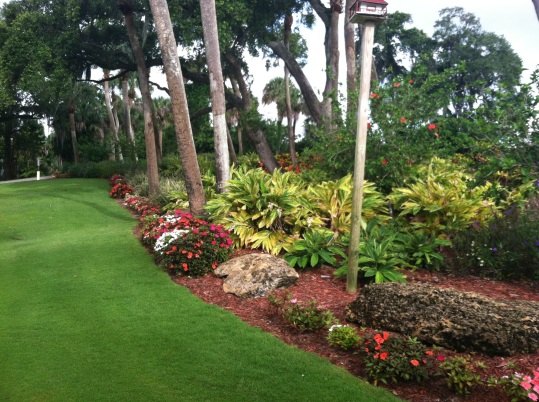 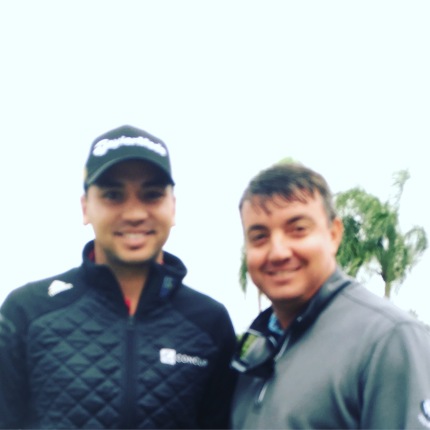 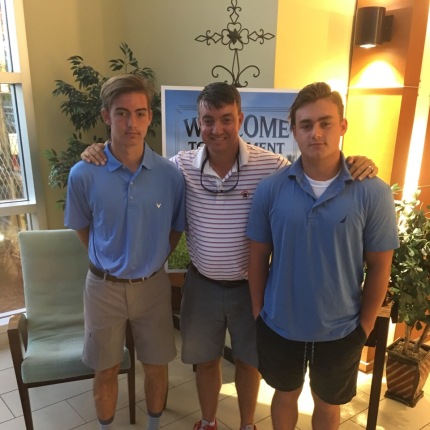